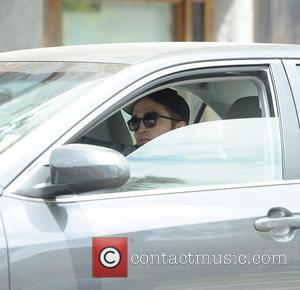 Twilight star Robert Pattinson has been announced as the new face of men’s fragrance at Dior. Rumours regarding the actor’s possible involvement with Dior began in October of last year.

Photographs and the advert featuring the twenty-seven year old were revealed last night at Soho House, West Hollywood at a party for Dior employees. Photos on Twitter and Instagram appear to show the actor arriving at the bash.

The news of the signing marks a possible end to the difficulties over the past year for the British actor including the breakdown of his long term relationship with Stewart as a result of her infidelity with director Rupert Sanders.

The actor’s last appearance on our screens was in 2012 as Edward in Twilight, alongside ex-girlfriend KRISTEN STEWART He has recently finished filming The Rover, a Western co-starring Guy Pearce, due to be released this year. Four other films are currently in pre-production, due to be made this year.

Rumours circulating within the last week have connected Pattinson to pop-singer Katy Perry, although these remain unconfirmed.

The deal was, according to Omg from Yahoo, signed for $12 million. A considerable fee given Brad Pitt reportedly signed with Chanel for $4 million. Pitt’s adverts have been bombarded with criticism, it remains to be seen if Pattinson’s steamier versions for Dior will prove more popular.

Do you think Robert Pattinson is a good fit for Dior Homme?