Robert Pattinson: My life is returning to normal

'Twilight' star Robert Pattinson has revealed he is glad his life is returning to normal. 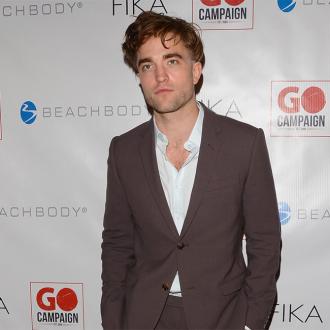 Robert Pattinson is glad his life is returning to normal.

The 29-year-old actor - who's best known for his starring role in the 'Twilight' series - has revealed he didn't go to the supermarket for six years because his 'Twilight' fame drove him ''crazy'', but said things are now changing.

He explained: ''Now I can go in [to the supermarket] and chat to the guy who's working there about his kids, or where he's going on holiday, and not be thinking, 'Is he gonna sell me out?' I just don't have to think about that stuff anymore.''

At the height of his fame, however, things were very different for Robert, with fans taking an interest in every aspect of his life.

Speaking to NME magazine, he said: ''I had people sitting outside my house every single day, and it drove me crazy. I didn't go into a supermarket for about six years.''

Meanwhile, Robert admitted recently that he would be a ''fat arse'' if he wasn't an actor.

He said: ''I'm so glad about the vanity required in this job because if I didn't have to stay in shape, I'd be such a fat arse, but it used to be that I could start working out four weeks before a job and it would be totally fine.

''Now? Nothing happens. You just beat your body into submission. What the f**k is going on?''