Robert Pattinson is writing songs to help get over his split from 'Twilight' co-star Kristen Stewart, but has no plans to release them. 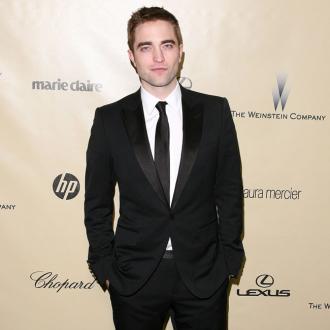 Robert Pattinson is writing songs to help get over his split from Kristen Stewart.

The 27-year-old actor is not planning on landing a record deal but is penning tracks in a bid to take his mind off his 'Twilight' co-star, after they split for a second time last month.

A source told The Sun newspaper: ''Rob's always had half a mind on his music, but when his film career and relationship with Kristen both took off at the same time, something else had to give.

''He's really enjoyed picking up his guitar again properly and it has given him something to focus on during the break-up. Everyone's saying that he's really talented, but he's adamant we'll only be seeing him in films for the time being.''

The pair split for a second time after Kristen got back in touch with 'Snow White and the Huntsman' director Rupert Sanders, who she confessed to having an affair with last year behind Robert's back.

He has also previously said he originally wanted to be a musician rather than an actor.

He said: ''I love the piano. I never really had any aspirations to be an actor when I was young. I wanted to play the piano in a bar, to be the old dude with a whiskey glass, all dishevelled.''