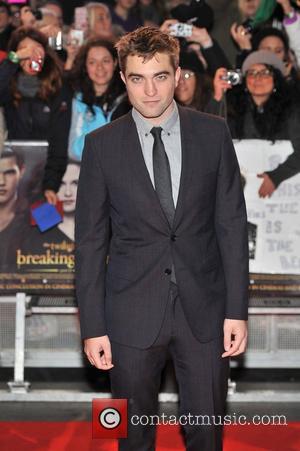 The Twilight Saga: Breaking Dawn Part 2 debuted with massive global ticket sales of $341 million, proving the franchise is most certainly ending on a high. The vampire movie - starring Robert Pattinson and Kristen Stewart - earned an estimated $141 million in the United States and Canada over the weekend, reports Reuters.

News that the total ranked as the eighth biggest domestic debut of all time will no doubt please executives at Summit Entertainment, though bosses will already be drawing up plans to further a franchise that is clearly still running on full power. Breaking Dawn Part 2 rang up sales of $199.6 million from Thursday to Sunday at theaters in 61 countries for a total worldwide taking of $341 million. The previous Twilight movies had pulled in a combined $2.5 billion at the global box office over a four year run. Unsurprisingly, the Twilight movie eclipsed all rivals over the weekend, including last week's No.1, Skyfall. The James Bond movie finished in second place with $41.5 million in North America, though it has easily become the highest grossing Bond movie to date, with a global total of $669 million. Sony Pictures will be pushing for Sam Mendes to return as director for the next 007 movie, which appears more likely to happen by the day.

Steven Spielberg's historical drama Lincoln expanded from a limited opening a week ago to take third place with $21 million. Though Twilight and Skyfall have dominated the box-office, Spielberg and his lead star Daniel Day-Lewis may be the ones walking away with the top honors come awards' season.