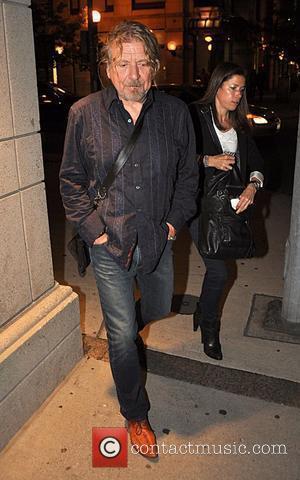 Robert Plant was so devastated after his young son's death, he nearly quit Led Zeppelin to devote his life to teaching.
Plant's son Karac Pendragon was just five years old when he passed away of a lung infection in 1977 and the rocker admits the anguish made him want to turn his back on the band.
He recalls, "All of us had been thinking about what would happen next because the illusion had run its course.
"I'd already lost my boy and then you think, 'I really have to decide what to do.' I applied to become a teacher in the Rudolf Steiner education system. I was accepted to go to teacher training college in 1978. I was really quite keen to just walk."
It was his bandmate, John Bonham, who persuaded him to stick with music - and Plant was stunned after losing his drummer pal just two years later.
In the BBC special Robert Plant: By Myself, he adds: "John had been incredibly supportive to me so to lose John, that was the end of any naivety. It was very evident that my last connection was severed. As far as strong affairs of the heart and a confederacy it was gone."

Robert Plant and Alison Krauss want to tour again together