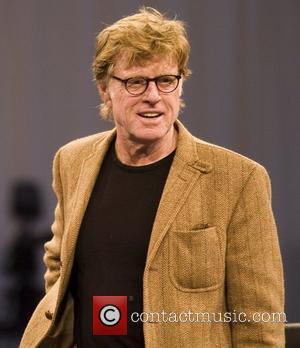 Picture: Robert Redford at the World Mobile Congress, held in Barcelona promoting the Sundance Channel, marketing short films and other media content for the mobile industry....

Veteran actor/director Robert Redford has dismissed the current generation of younger Hollywood stars as fame-obsessed, insisting many actors are "going into the business of themselves". The 71-year-old grew up in Los Angeles but has for decades kept his distance from the world's movie capital. He tells Playboy magazine, "Today more than ever, I see young actors going into the business of themselves. They find some commercial hook and they play it out. You see them doing every magazine cover, every TV show. I think that's a mistake. "One of the benefits of growing up in L.A. was that Hollywood wasn't the end of my rainbow. As a kid, I would see famous actors and say, 'Oh s**t, that person is bald' or whatever. "Furthermore, I always benefitted from having interests outside L.A. I felt it was important to be in Utah, to raise my kids there. It was grounding for them and me. "I came to see Hollywood as a place where I could make social statements under the guise of entertainment - and then get out."