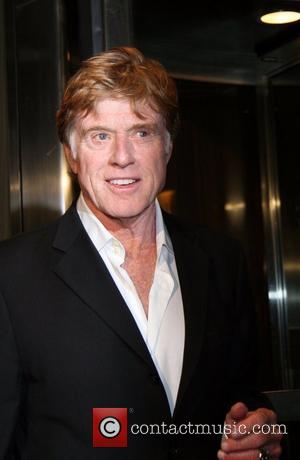 Veteran actor/director Robert Redford is set to wed his long-time girlfriend SIBYLLE SZAGGARS.
The Lions For Lambs star announced his engagement to Szaggars in an interview with German magazine Bunte, but despite his advancing years, insists the pair is in no rush to arrange a date for the ceremony.
He tells the publication, "We are engaged and very happy with that. She is my fiancee and that says everything, doesn't it?"
The pair have been dating since 1996, and German artist Szaggars, 52, lives with the 71-year-old at his eco-friendly Sundance Resort in Utah.
Redford and his first wife Lola Van Wagenen divorced in 1985. They have three children; Shauna, 48, Jamie, 46, and Amy, 38.