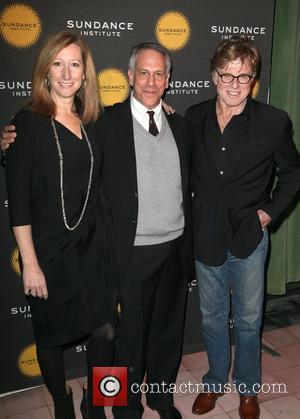 Robert Redford has signed up to produce a new Watergate documentary - more than 30 years after playing a journalist who exposed the scandal in All The President's Men.
The Hollywood icon will also narrate All The President's Men Revisited, an upcoming two-hour TV special about the infamous political outrage that led to U.S. President Richard Nixon's downfall.
Redford tells The New York Times, "I'm confident that it's the right time to take a look at this moment in history to inform the present."
The actor portrayed Bob Woodward - a Washington Post reporter who helped uncover the scandal - alongside Dustin Hoffman as Carl Bernstein in the Oscar-winning 1976 movie All the President's Men.
The new documentary will premiere on the Discovery Channel in the U.S. next year (13).