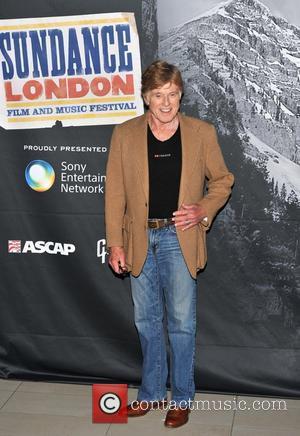 Hollywood legend Robert Redford is convinced movie technology has become too advanced, and doubts 3D films will stand the test of time.
The actor-turned-director has transported his annual Sundance film festival from Utah to London for the first time in a bid to showcase American independent movies and documentaries in Europe.
The festival is famed for backing smaller, less commercial projects, and Redford revealed he's unsure if the huge technical leap Hollywood has taken in recent years is for the best.
He told reporters at a press conference on Thursday (26Apr12), "I think technology has probably gotten a little too far, too fast.
"I'm not a particular fan of 3D at the moment... but I think it will find its way in or out and the audiences will decide. But my feeling right now is probably things have gone too far, at some great cost by the way."