Veteran U.s. Journalist Dan Rather Has Praised Robert Redford Over His Portrayal Of The Newsman In A New Movie. 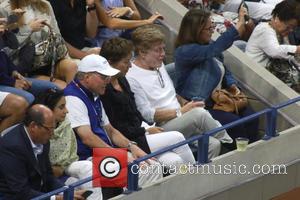 Rather has previously told how Redford spoke to him on several occasions to get a feel for the part, and now he has had a chance to see the movie, the journalist admits he was impressed, even though it was "surreal" seeing himself portrayed onscreen.

Rather tells the Huffington Post, "He didn't try to do a caricature or an impression. He just tried to capture some of the essence of the person... I have not been involved in (the movie). I talked to Redford twice, once on the phone, during his preparations. I know he picked up some of my speech patterns, but I don't know quite what to make of it. Seeing oneself portrayed on screen in film is a surreal experience."