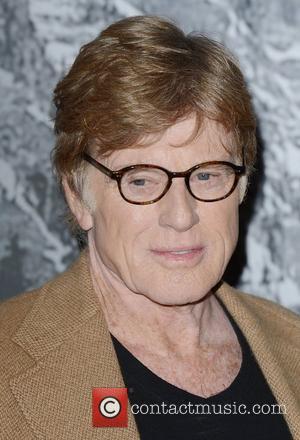 The Hollywood actor Robert Redford has criticised the British Prime Minister David Cameron over his recent appeal for British film makers to concentrate on mainstream and commercially viable films. In January, Cameron said he intended to help "UK producers to make commercially successful pictures that rival the quality and impact of the best international productions." Redford described Cameron's vision for the UK film industry as "a very narrow view."
Speaking ahead of the four day Sundance London festival, Redford, aged 75, also said "I don't want to say it speaks of the man. But I think that view is a very narrow one and doesn't speak to the broad category of film-makers and artists in the business." Talking about the decision to bring a slice of Sundance to London, the actor explained "Sundance started as a path for new artists, new voices that wouldn't otherwise have a chance to be heard. The festival has grown to such a degree that we wanted to move internationally. We wanted to bring the alchemy of what we do in Sundance, and see how it was received - that's why we're here."
The festival is a champion of independent film; seemingly the antithesis of the type of movie that Cameron seems to be channeling. Sundance has been credited with bringing movies such as Reservoir Dogs to wider attention, and Redford insists that his intention is not to "deny or eliminate mainstream film."