Rocker Robert Smith performed a rare solo set for The Cure's fans at a Spanish festival on Thursday night (12Jul12) after a technical issue stopped the band from taking to the stage as planned.
The group headlined the Bilbao Bbk Live event but technicians experienced problems with Roger O'Donnell's keyboards, leaving the crowd impatiently waiting.
Smith then stepped up to entertain fans, telling them, "Just while they fix it, I'll sing something to you."
He thrilled the audience with a rendition of Three Imaginary Boys, before declaring, "Don't applaud too loudly or you'll give me ideas."
Smith went on to play Fire in Cairo and Boys Don't Cry, but then fetched his bandmates to start the main set and said, "I think I have to get the rest of the group with me. Hang on. That's why it's The Cure and not Robert Smith." 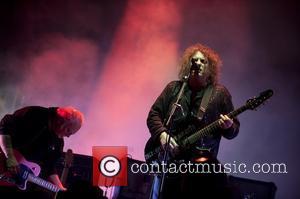 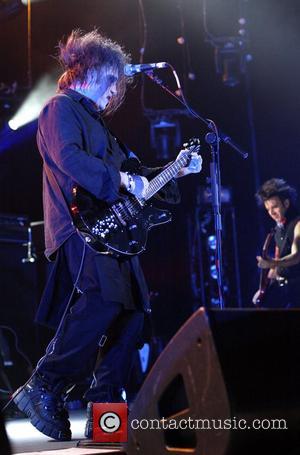