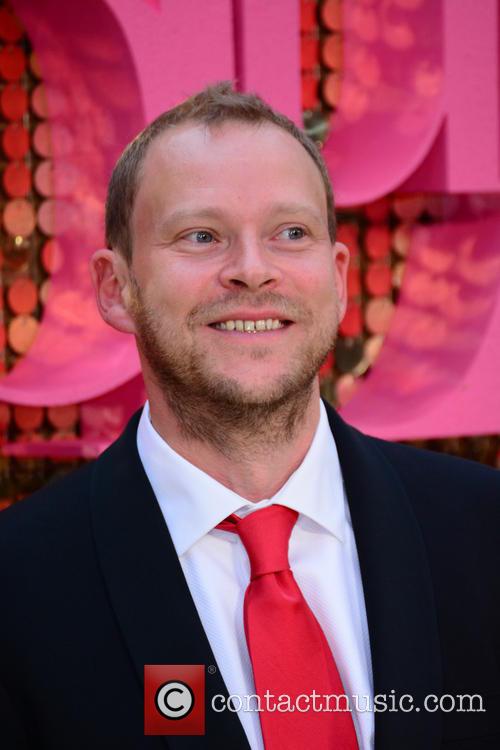 'Peep Show' may be dead, but Mitchell & Webb are not.

‘Peep Show’ may have finally come to an end last year, but David Mitchell and Robert Webb are certainly not done yet. The comedy duo are to reunite for a new sitcom entitled ‘Back’ for Channel 4, about a dysfunctional family in the pub business.

The new show is to be written along with Simon Blackwell, who helped co-write some of the later episodes of ‘Peep Show’ which finally came to an end last December, after nine series and 12 years. He’s also a sometime collaborator with Armando Ianucci, working with him on political satires ‘The Thick of It’, its movie spin-off In The Loop and American version ‘Veep’.

Mitchell will play Stephen, who inherits the family’s pub business after the death of his father, but his plans are thrown off course when his former foster brother Andrew (played by Webb) re-appears in his life and wants to join in. After a successful run of over ten years, 'Peep Show' will come to an end in 2014. We look back at some of our favourite 'Peep Show' quotes from over the years.

Channel 4’s hit series Peep Show is set to return for its 9th, and final, series this year. It’s almost too much to bear thinking that we may not see Mark, Jeremy, Super Hans, Big Suze and the gang again after 2014. In the meantime, while we wait for the show to return to our screens we thought we’d reminisce about some of our favourite Peep Show moments. Peep Show’s been running for over ten years now, so fortunately, there’s quite a lot of them! Mark and Jeremy, played by David Mitchell and Robert Webb, will appear for the last time this year

Mark: (while jogging in the park) I'm brilliant, I'm a jogger. I'm running! I knew there had to be a sport for me... Oh, God, is that a stitch? I'm literally going to die, What an idiotic boob I was about 10 or 11 seconds ago!

It's Brand v Webb - whose side are you on?

This is a strange one. Russell Brand, who, while guest editing for the New Statesman, displayed his disenfranchisement with the current British government by signing off a disdainful piece on contemporary politics with a bold statement: ‘I don’t vote, you shouldn’t’. Russell Brand is a big supporter of West Ham Utd

But Brand’s call for political revolution didn’t sit well with Robert Webb, who is best known for his work alongside David Mitchell in Peep Show. Webb’s rebuke was a strange open letter, which attempted to be both respectful, but managed to be deeply disrespectful at the same time.

The sitcom Peep Show began airing on Channel 4 in 2003. Starring David Mitchell and Robert Webb, the comedy series exposes the lead character’s deepest anxieties, as well as their most shallow (and comical) thoughts. It’s hailed as one of the few comedy shows that really exposes the inner workings of the mind of the modern male and thus, it’s charm has endured for seven seasons and it’s about to embark on an eighth.

The Telegraph described Peep Show as “Channel 4’s most celebrated sitcom since Father Ted.” As its lead characters, Mark (Mitchell) and Jeremy (Webb) get older, their ongoing struggles with women… and, indeed, with life itself, are starting to become more darkly comic than before. After all, someone in their twenties, struggling to figure out the complexities of life is understandably funny. Someone in their late thirties, still having the same problems? well, that’s just sad, right? As Michael Deacon explains, for The Telegraph, “the older its two central characters grow, the bleaker it gets. It was bleak enough to begin with – but now that the feckless flatmates are approaching middle age, Peep Show is threatening to drag British comedy into a whole new realm of failure and neurosis.”

Peep Show’s biggest TV audience to date is a mere 1.8 million, yet it has been lauded with awards such as BAFTAs, British Comedy Awards and the Rose d’Or. You can expect season eight to be every bit as enticing as the previous seven. 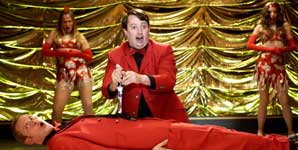