Robin Roberts claims, "I have never been happier or healthier than I am right now," after publically acknowledging her long-term relationship with another women. 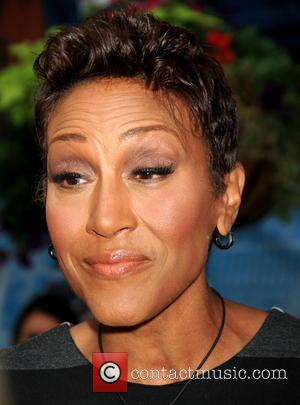 Robin Roberts recently revealed that she is in a long-term relationship with another women called Amber Laign.

The 'Good Morning America' anchor publically acknowledged her relationship, for the first time, in an emotional Facebook message, thanking her family and friends for their support during her illness.

Roberts was diagnosed and treated for breast cancer which began in September 2012, and also underwent a bone marrow transplant.

One week later the 53 year-old is now gushing over her relationship and brought in a photograph which aired on a live broadcast of 'GMA' this Monday (Jan 6th).

The snapshot was taken at Roberts' niece's wedding in Baton Rouge, La.

"The highlight [of my vacation] -- my dear niece Judith, her wedding. The family was all together in Baton Rouge over the weekend, and we have a family photo," she said.

"Next to me is my girlfriend, Amber, and my sister-in-law, Cynthia, and my brother, Butch. And it was a glorious, glorious time that weekend."

"You all look so happy there," co-anchor George Stephanopoulos noted. "And Robin, it was no surprise to any of us, but in your end-of-year post, you did tell everyone about Amber and about your relationship. I hope that was a good experience for you."

Robin excitingly responded, "I'm going to tell you all this, and you know, because you've had a front-row seat all through that tumultuous year I had: I have never been happier or healthier than I am right now."

She concluded, "My year-end post was just full of gratitude and just telling everyone all that I'm grateful for, including my girlfriend Amber, who really loved me through a very difficult year. "I'm very happy for the support."