The 53 year-old television broadcaster received a large amount of criticism for keeping her 10-year relationship with a female partner a secret until last December (2013). 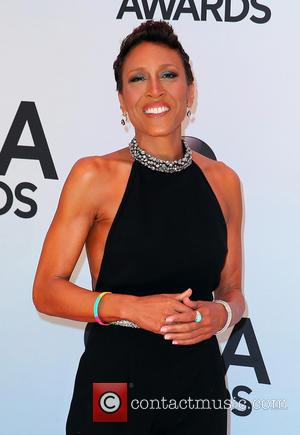 Robin Roberts only revealed that she was in a long-term relationship with a female partner this past December (2013).

The 53 year-old television broadcaster came out, in Facebook post, when thanking a list of people who helped during her treatment for breast cancer and when undergoing a bone marrow transplant.

Roberts acknowledged a women by the name of Amber as her girlfriend, who is a massage therapist from the San Francisco Bay Area.

But why did the 'Good Morning America' host wait for such a long time to unveil the truth?

Roberts explains all in a new memoir, 'Everybody's Got Something,' which comes out in April 22nd, and she published an extract for fans to get a sneak peak in the latest addition of Good Housekeeping.

The news anchor also took part in an interview with the magazine, and gushed about how much she appreciated the outpouring of support once she finally came out, but noted the criticism she received as to why she didn't divulge her 10 year-long relationship before.

"I was so moved that people got it and said, 'You're happy,'" she told the magazine. "Others, though, were asking, 'Why didn't you say something about her before? Why are you only recognizing her now?'"

To those people, Robin says: "News flash: Some people like their anonymity. This is what's right for me."

"This is what's right for me. Love is love, and I'm grateful to have that. Sometimes there's a stigma attached to how people view you if you're living a certain way," she continued. "But I don't care - you gotta live your life."

"You gotta find what happiness is and what it means for you, and you can't get caught up in what someone is saying about you on Twitter," Robin said in the interview. "You don't go through a year like I did to not be happy and not make your own choices."

Roberts will reveal all in a memoir titled, 'Everybody's Got Something'