The Good Morning America host, who is due to return to the show later this year, shares her story of overcoming adversity. 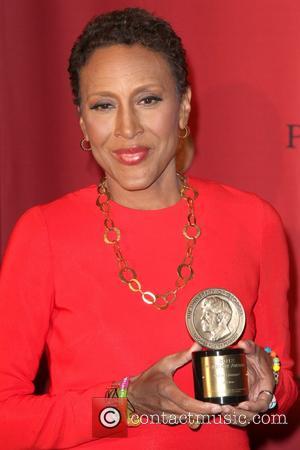 Robin Roberts, the host of Good Morning America, who left the show last year to battle a life-threatening illness, is now publishing a memoir, according to a report by Reuters. Roberts was diagnosed with MDS last year, a rare blood and bone disorder, but she has overcome her diagnosis and announced her upcoming return to GMA. The book will recount her journey and the lessons she has learned along the way.

Hachette Book Group, the memoir's publisher, announced the news in a statement on Wednesday. "In her new memoir, Roberts will tell the amazing story of her courageous battle against a life-threatening illness, the life lessons she continues to learn, and her inspiring return to the GMA anchor desk," the publishers said.

In her own statement, Roberts also expressed her thoughts and gratitude: “I am humbled that many have an interest, and draw strength from my on-going journey. I’m grateful for the prayers and well wishes of so many people."

Roberts, 52, has received numerous prizes, including a 2013 Peabody Award for 'Robin's Journey,' a series of TV reports that chronicled her battle against MDS. She has been a co-host on Good Morning American since 2005, after a long time as a reporter for the program. Along with her numerous other achievements, Roberts is also a laureate of the Peabody Award.