Robin Thicke Is Suing Marvin Gaye's Family. Is That Even Legal? 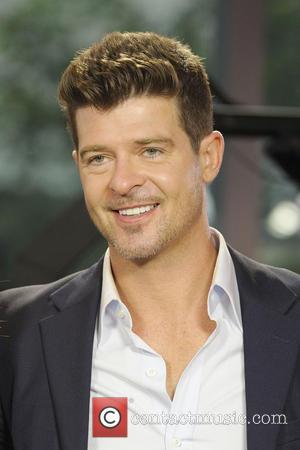 Robin Thicke is suing Marvin Gaye's family, claiming he was threatened and accused of plagiarism over his summer hit 'Blurred Lines.'

In order to protect the song - which will probably turn out to be the biggest of the year - Robin Thicke, Pharrell Williams and Clifford Harris Jr are going to court. A lawsuit filed on Thursday (August 15, 2013) by the trio against Marvin Gaye's family and Bridgeport Music concerned the similarities between 'Blurred Lines' and at least two songs, according to the Hollywood Reporter.

Let us explain. The suit claims that the Gaye family is alleging the controversial song "feels" or "sounds" the same as Marvin's 'Got To Give it Up' and that the "Gaye defendants are claiming ownership of an entire genre, as opposed to a specific work."

There is also said to be a claim that Thicke's hit is similar to Funkadelic's 'Sexy Ways'.

"But there are no similarities between plaintiffs' composition and those the claimants allege they own, other than commonplace musical elements," states the lawsuit. "Plaintiffs created a hit and did it without copying anyone else's composition."

The similarities between Marvin Gaye's song and Blurred Lines have been noted before. A New York Times critic noted that Thicke's single is "influenced heavily" by Gaye's song.

Essentially, Thicke, Williams and Harris Jr are looking for a declaration that their song doesn't violate the defendant's rights, but also that "Gayes do not have an interest in the copyright to the composition 'Got to Give It Up' sufficient to confer standing on them to pursue claims of infringement of that composition."

It's unsurprising that Thicke and his pals have come out fighting, given the song is a big, big money-maker. They want to know that they've done nothing wrong.

George Clinton, who once led Funkadelic, tweeted, "No sample of #Funkadelic's 'Sexy Ways' in @robinthicke's 'Blurred Lines' - yet Armen Boladian thinks so? We support @[email protected]!"