A Collection Of Hollywood Stars Are Aiming To End Modern Slavery With A New Campaign Launched On Tuesday (20oct15). 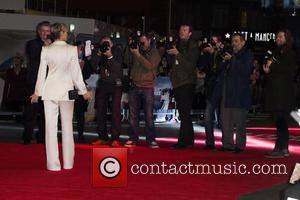 Actors Robin Wright, David Oyelowo and Wagner Moura opened the 50 for Freedom project by starring in videos in which they read out testimonials from adults and children around the world who have been forced to work for little or no pay.

Bosses of the group behind the campaign, the International Labour Organization, claim that as many as 21 million people around the world are currently in forced labour.

"It is unacceptable in our modern society that people are working in degrading conditions and are enslaved," Moura, the star of U.S. TV series Narcos, tells The Hollywood Reporter.

"Slavery exists today all over the world, and we need to shine a bright light on it and expose it for what it is."

Other stars, including Hollywood actor Tim Roth, will also be releasing video clips across social media in support of the campaign, which aims to get 50 countries to ratify a treaty which will help the crackdown on modern slavery.