Robin Wright joined partner Ben Foster on a strict diet while he got in shape to play disgraced cyclist Lance Armstrong in a new biopic. 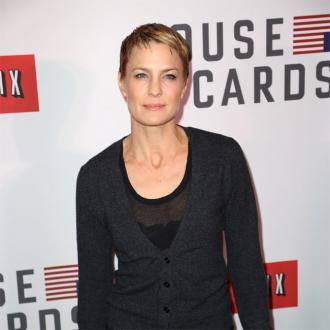 Robin Wright kept to an 800 calorie-a-day diet to show solidarity with her fiancé.

The 'Forrest Gump' actress had to curb her cravings for calorific treats while her husband-to-be Ben Foster got in the right shape for a role.

She explained: ''My fiancé did a movie recently, playing [disgraced cyclist] Lance Armstrong, and he was on an 800 calories-a-day diet. I said, 'In solidarity, I am going to go on the diet with you,' even though I really want to go to an In-N-Out Burger.''

Robin also said her 33-year-old partner has given her a new lease of life and made her feel young again.

The actress - who was previously married to Sean Penn - also admitted she is still stunned by the prospect of getting married again.

She told America's OK! magazine: ''I am in shock right now. We were talking about how we shod celebrate. We couldn't be happier.''