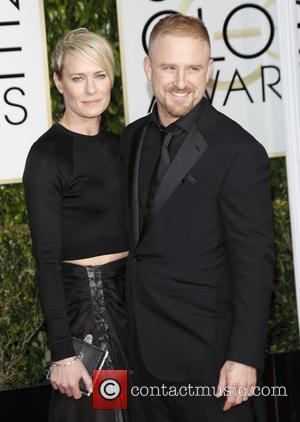 The actress is often asked if she modelled the scheming politician's wife after any one person, and she reveals the truth of the genesis of the character is not as straightforward as most fans imagine.

She tells Wenn, "I didn't try to emulate anybody. I don't know anybody in politics; nobody does. We know what their theatre is and what they try to push if it's a bill and it's a show and everybody's got a script. I don't know anyone personally and I would never position myself or presume that I know a Hillary Clinton. So I went off an animal actually, an American eagle or a hawk, and I watched the behaviour and stillness and nobility and how regal they were in their silence.

"They're so smart; they're very cunning. And they rule the roost of the fowl world. And they don't say much. So I stole a lot from the eagle, because once you get that stillness and physicality everything can be a derivative of that; the way one thinks.

"I cut most of my dialogue, to tell you the truth, and the writer loves to write - which is our running joke. His nickname is Mr. Verbosity. He writes, and writes and writes and I just go 'cut, cut, cut', because it's more fun to create in that nebulous world. It's more what she doesn't say."