Is Fox Planning To Do The Time Warp With 'Rocky Horror Picture Show' Remake?

The two hour TV special will mark the 40th anniversary of the cult classic musical.

It looks like Rocky Horror Picture Show is headed to the small screen! Yes according to reports, Fox is said to be prepping a two hour remake of the cult classic musical, to celebrate its 40th anniversary. Deadline reports that the taped event special is in development with a cast-contingent order and will be executive produced by The Jackal Group’s Gail Berman.

The remake has been tentatively titled The Rocky Horror Picture Show Event and will be directed and choreographed by High School Musical’s Kenny Ortega. The project has been described as a ‘reimagining’ of the cult classic film, which still plays in theatres 40 years after its original release.

More: Richard O'Brien To Give 'Shock Treatment' To The London Stage As 'Rocky Horror Picture Show' Sequel Is On The Way

According to reports, the network plans to stick close to the original 1973 script, which was written by Jim Sharman and Richard O’Brien.

Fox is currently in the process of remaking another classic musical, Grease, which the network will broadcast live and will star Vanessa Hudgens and Julianne Hough. The network had also previously paid tribute to Rocky Horror with an episode of ‘Glee’ centering around the cult musical.

This is not the first time a Rocky Horror remake has been talked about. The musical was originally set for a remake by Fox in 2002 while Gail Berman was the network’s entertainment president. Berman also tried to bring a remake to MTV in 2008 which didn't make it to screen.

No cast has been announced for the upcoming Fox remake and an air date has yet to be given. 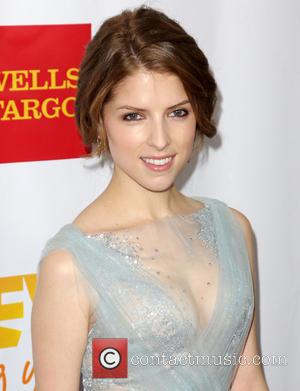 Is Fox Planning To Do The Time Warp With 'Rocky Horror Picture Show' Remake?