Christmas Albums 2012: Which One Should You Buy? (Then Donate To Charity Before You Can Say 2013) 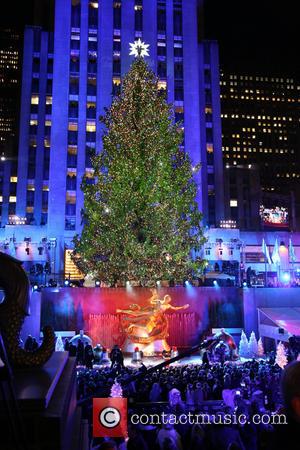 Ah, the Christmas album. Everyone thinks they know what Christmas is about; it's about massive presents and force feeding, but really, in its essence, the festive season is about hurriedly compiled albums chocked with bad covers and even worse originals. To help organize proceedings, we're taken the liberty of formulating come handy categorisations that best describe the concept of Christmas Album. Enjoy.

The Creepy: Merry Christmas, Baby by Rod Stewart (2012) - Classics by the gruff voiced classic songster. It includes collaborations with: David Foster, Cee Lo Green, Mary J. Blige, and Chris Botti. You can grab it for $11.88, but why do that when you can get the special edition for $39.99!? Ooh Merry Christmas, Baby.

The Youthful: Now That's What I Call Today's Christmas! by Now Today's Christmas, Justin Bieber, Train, Coldplay and Norah Jones. Young people don't care about Cliff Richard and Rod Stewart, they like ipods, The X-Factor and falling over. This is the album for them!

The Ridiculous: This Christmas by Olivia Newton-John, John Travolta, Barbra Streisand, Tony Bennett and James Taylor. This is ridiculous becasuse it's ridiculous. It's a self-contained theory. Only once has it broken it's own specific rule when it became 'more' ridiculous with a totally weird video released recently. Still, plenty of people will find something to love about this album.

The 'Cool': Silver & Gold by Sufjan Stevens. We'll just let Amazon's editorial review do our work for us: ""Who can save us from the infidels of Christmas commodity? Look no further, tired shopper, for your hero arrives as the diligent songwriter Sufjan Stevens, army of one, banjo in one hand, drum machine in the other, holed up in his room, surrounded by hymnals, oratorios, music charts, sacred harp books, paper-clipped-photo-copied Readers Digest Christmas catalogs - singing his barbaric yawp above the snow-capped rooftops."

So which one are you going to buy? We're just thinking of biting the Christmas bullet, getting Rod Stewart's effort and getting mightily merry tear-infused eggnog.

Here's a reccomendation for a Xmas tune straight out of leftfield....