Rod Stewart has confessed he books extra hotel rooms for his model trains and is so obsessed with railways he is considering buying a real steam train. 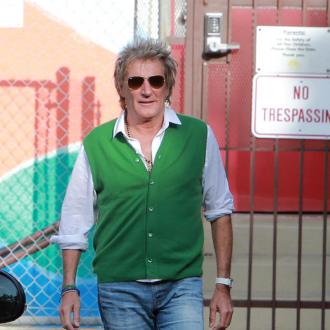 The 'Da Ya Think I'm Sexy?' hitmaker has revealed he's loco for model railways and insists on taking his projects on the road with him so he can work on them in his spare time.

He explained: ''When I'm on the road in hotel rooms, like the Ritz-Carlton in New York, they clear out a room for me.

''All my cases come in and they set up tables and lamps and it becomes my workshop. I do it on the road.

''All my cases come on the jet and away we go. Every man should have a hobby.''

The 70-year-old star confessed he can't take all his models with him though when he's travelling as his huge full set, located in his Beverly Hills mansion, measures 30 ft by 110 ft.

He said: ''It can never be moved. I have 13 trains running at once. For me, the pleasure has been in the building of it.''

And his passion for trains - which he believes comes from living next to a track as a youngster - isn't limited to miniature versions as he's hoping to buy a full-size steam engine.

Speaking to BBC Radio London, he added: ''I was brought up on the Archway Road overlooking the station and tube lines. So when I got up I used to see them.

''My dad bought me a train set and it has stayed with me for ever and ever.

''Trains are my life - not just model trains but real steam trains as well. I've looked into buying a real one and it's closer than you think.