Music legend Rod Stewart has revealed he gets a finger up his bum ''about three times a year''. 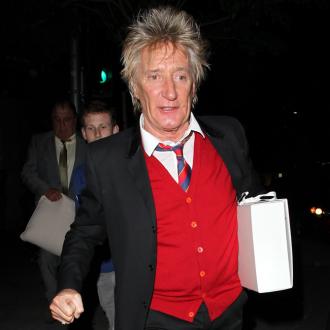 Rod Stewart gets a finger up his bum ''about three times a year''.

The 70-year-old rock star, who had a cancerous growth removed from his thyroid gland in 2000, has revealed he goes for regular medical check-ups and he thinks it's important men recognise the need to be more health conscious.

He said: ''I must go about three times a year for a finger up the bum. Men traditionally don't want to go to the doctor unless something major has gone wrong but you have to pre-empt these things and get checked out.''

Rod - who's among the best-selling artists of all time - also revealed how his cancer treatment impacted his singing, explaining he had to retrain his talents after undergoing a precarious operation.

He told the Mail on Sunday newspaper: ''My cancer wasn't quite as bad as it was made out to be.

''It was benign and had to be cut out, but what was scary for me was that where they cut was so close to the vocal cords. One slip of the knife and that would have been it for the voice forever.''