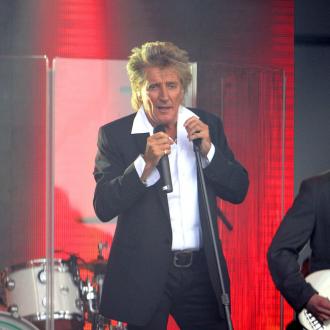 The 70-year-old rocker - who's among the best-selling artists of all time - has hit out at the 'Boyfriend' hitmaker, suggesting he strives too much to present a rebellious image of himself.

Rod reflected: ''Harry Styles is a good lad, I like him. But there are some people in the music business that try so hard to be different and rebellious. Like Justin Bieber - he wants so much to be a bad, bad rock star. But you either are or you're not - you can't fake it. He tries too hard.

''The public have seen it all before and they're tired of rock stars behaving badly. It's passé. The Who and The Faces did it all before they were born.''

Meanwhile, Rod also revealed he admired Madonna for amassing a huge personal fortune, despite having a ''minimal voice''.

He told the Mail on Sunday newspaper: ''Good luck to Madonna. She's made a bloody fortune with a minimal voice. You can't knock it - any girl who can make that sort of dough has to be admired.

''But give me Adele any day. And we lost the best one of the lot - Amy Winehouse. What a voice that was.''