Roger Daltrey The Who Eddie Vedder

Veteran Rocker Roger Daltrey Has Dropped Out Of A Charity Concert As He Battles A Mystery Virus. 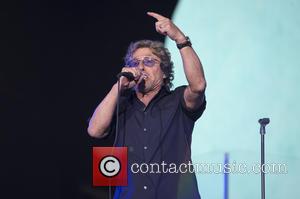 The Who frontman was set to perform with his bandmate Pete Townshend and Pearl Jam star Eddie Vedder for 500 fans at a private residence in Los Angeles on Saturday (12Sep15).

They created a fundraising campaign for the gig, encouraging devotees to make a donation to be in with a chance of winning tickets, and they raised more than $95,000 (£59,000) for Teen Cancer America and The Foundation To Be Named Later, an education charity.

However, Daltrey will no longer perform at the show as he has come down with a virus and doctors have advised him to not play, a spokesman confirmed to Britain's The Sun newspaper.