Roger Moore Ended His Third Marriage Over The Phone

Former Bond star Roger Moore explained that while he has the same womanising nature of his film role, he does not share his brave nature. 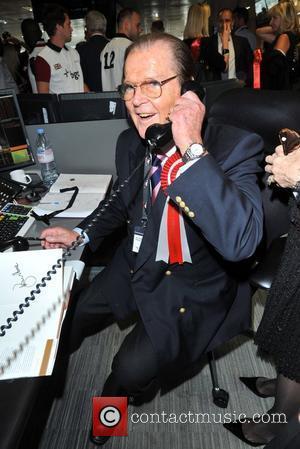 James Bond star Roger Moore, has shown himself to be nothing like his on-screen counterpart by being a coward. While appearing on Piers Morgan's ITV1 chat show, Moore explained how he had ended his third marriage over the phone, confessing: "Did I say I was a nice person? I'm a coward." The 84-year-old has also revealed that some of his relationships have had a degree of overlap, and is now married to his third wife.

According to Moore, he ended his marriage with actress Luisa Mattioli over the telephone, despite it being a cowardly way to explain his change of heart to her in 1993. When he first met her, Moore was married to his second wife Dorothy Squires whom he left in 1961 - eight years before their divorce. "It was very selfish (to fall in love with Luisa)," Moore decided. "I was selfish, putting my feelings ahead of other people's." His new wife, Kristina Tholstrup is a Danish-Swedish multi-millionaire, and he describes the marriage as "wonderfully tranquil relationship."

Related: 'An Afternoon With Roger Moore': The Bond Actor On Remaking 'The Saint', Tony Curtis & UNICEF

Ahead of the release of 'Skyfall', the latest and 23rd Bond movie, former Bond star Moore praised Daniel Craig, who portrays the British secret agent in the 50th anniversary of the film franchise. "I think he is very good," Moore explained, preferring him over the other actors that have played the role over the last 50 years.