Roger Moore Back As Bond For Charity Sketch 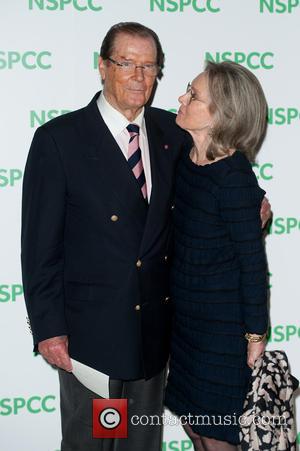 Veteran actor Sir Roger Moore is set to reprise his role as James Bond and come together with current 007 Daniel Craig in a special project for Britain's Comic Relief charity.

It was recently revealed Craig had agreed to film a skit for the annual telethon fundraiser during a break from filming the latest Bond adventure Spectre, and now Moore has confirmed there will be two 007s in the film.

In a post on Twitter.com, he writes, "I'll tell you a secret... Daniel Craig is not the only 007 in the Comic Relief sketch. #Backasbond."

Moore, 87, also hinted that the shoot will be taking place at Pinewood Studios, the complex in Buckinghamshire, England where the Bond films are made, adding, "Packing for London. Looking forward to filming at Pinewood again next week. Nice to be working."

The sketch is reportedly set to be aired during the live Comic Relief Tv event in the U.K. on 13 March (15).