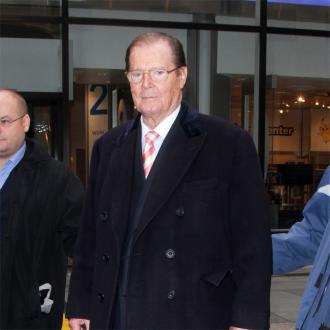 The former James Bond actor is unable to consume his most famous character's trademark alcoholic beverage because of his diabetes, but has learnt how to make the perfect one thanks to the film franchise and plans to down six of the drinks in a row if he ever finds out he has 24 hours to live.

He said: ''The sad fact is that I know exactly how to make a dry martini but I can't drink them because, two years ago, I discovered I was diabetic.

''I prefer one with gin, but James Bond liked a vodka martini, 'shaken not stirred' - which I never said, by the way, that was Sean Connery. Remember him?''

''My dry martinis taste amazing and the day they tell me I've got 24 hours to live I am going to have six.''

The 87-year-old star - who played the suave spy in seven films, including 'Live and Let Die' and 'A View to a Kill' - also explained how when he was still able to drink martinis he was once served a different version of the beverage while on holiday and was disgusted with the concoction.

He added to the Guardian newspaper: ''The worst Martini I've ever had was in a club in New Zealand, where the barman poured juice from a bottle of olives into the vodka. That's a dirty martini and it is a dirty, filthy, rotten martini and should not be drunk by anybody except condemned prisoners.''