Queen Star Roger Taylor Is Convinced Sacha Baron Cohen Was The Wrong Man To Play Freddie Mercury In An Upcoming Biopic Because The Borat Star Is Too "Funny". 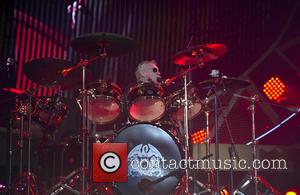 The British actor/comedian was initially hired to portray the tragic singer in a new movie backed by both Taylor and his bandmate Brian May, but Cohen subsequently exited the production and Skyfall star Ben Whishaw is currently attached to play Mercury.

Recent reports suggested Cohen had been brought back onboard, but the story was denied by May, and now Taylor has insisted the funnyman's departure was the right move for the film.

He tells Britain's The Independent newspaper, "In the end, we felt that Sacha, brilliant, subversive comedian though he is, wasn't really at heart an actor. We didn't want to make it funny. We wanted a brilliant actor who was going to move people in both directions, to tears and laughter and joy. We didn't really feel in the end that he was right. We wanted an amazingly good actor in the purest sense."

Taylor adds of the long-gestating film project, "It seems that the wheels turn very slowly in the film world. They turn a lot quicker in the musical world. But I have to say, Brian and I are in absolutely no rush. We're not bothered. We just want it to be right."