The Rolling Stones' insurance company are to interview L'Wren Scott's brother about her mental state before she died in a bid to avoid having to pay out on a policy. 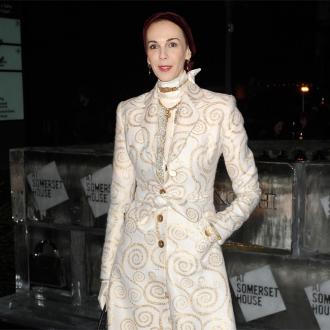 The Rolling Stones' insurance company are to interview L'Wren Scott's brother about her mental state before she died.

The group cancelled a number of gigs in Australia following the suicide of frontman Sir Mick Jagger's girlfriend in March and though they had a insurance policy which paid in the event shows were scrapped for a number of reasons, including the death of specific people named in the policy - which, for the singer, included the model, his former partners and wives, seven children and four grandchildren - a claim for $12.7 million is being contested.

In the subsequent legal battle, 12 underwriters have now received permission from a court in Salt Lake City, Utah to gather documents and testimony from Randall Bambrough, though he insists he has not yet been ordered to speak to them about his sister and did not know about being named in the federal case, the Salt Lake Tribune reports.

The underwriters are seeking information as to whether L'Wren had a pre-existing mental illness as therefore her death might not be covered under the policy, arguing her death was ''not beyond her control.''

The insurance company's response to the Rolling Stones' lawsuit to obtain payment added: ''Ms. Scott intended to, and did, commit suicide and her death was therefore not 'sudden and unforeseen.''

The firm are also seeking to speak to L'Wren's former personal assistant Brittany Penebre, the executor of her estate, and the Office of the Chief Medical Examiner.

In addition, while the documents state the 'Brown Sugar' singer was ''diagnosed as suffering from acute traumatic stress disorder'' and was advised by doctors not to perform for at least 30 days, the insurers have said it didn't appear the 71-year-old singer had actually been examined by doctors but the claim was based on a letter from a medic who did not personally see the star and was not a psychiatrist.