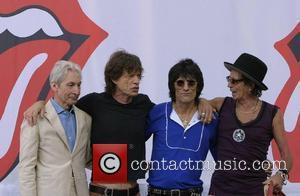 Rolling Stones guitarist Keith Richards once stayed awake for nine days - but claims he was simply too busy to sleep.

The wild-living HONKY TONK WOMAN performer was not trying to break any records, but found that life got more interesting the longer he stayed awake.

Richards explains, "It wasn't an attempt of anything. It just happened. It was all just so interesting. I had some good s***. People would come by after two or three days, good friends, and go, 'You're still up, aren't you?'

"But after three days, you see - and this is what's interesting - after three days you really go into, you're kind of looking from the ceiling at yourself and everything.

"You can get in the car and drive and be perfectly functional but, at the same time, you know that you're not quite there. But it's so fascinating."

The life-long rocker, who as a child was in a choir that performed for British monarch Queen Elizabeth II, continues, "I had so much to do, man. I wanted to make these tapes and I was writing a letter to somebody that never made it. Y'know, 'Dear Sir, duh duh duh duh.' All nuts stuff. Making tapes. Friends coming by.

"It was only afterwards that I realised how long I'd been going. I kind of gave up counting.

"How it ended was, I was making a copy of a cassette and writing down every track and I was perfectly OK, I pushed down the record and play, turned round and bang! I caught my head on the edge of a speaker.

"Must have been asleep for a third of a second. JBL speakers, man, beware that brand! There was claret (blood) everywhere.

"It was then that my friends said, 'Keith, I think you'd better go to bed.'"