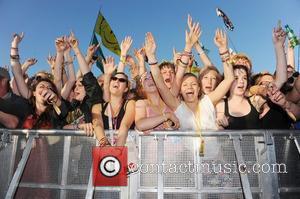 It looks like Glastonbury 2013 may already have its first big name already sorted, with festival organiser Michael Eavis admitting that he is on the verge of signing The Rolling Stones as the closing act for the five day festival in the Somerset countryside.

The festival currently has no confirmed headline acts, with the line-up not being announced until much closer to the event, which runs from Wednesday 26 – Sunday 30 June, 2012. Still, this hasn’t deterred people from snapping up the tickets, with the whole festival selling out within minutes of the tickets becoming available on October 7. Whilst cancelled tickets will be made available for resale in April next year, it is more than likely that they will go just as fast.

A source close to Eavis has spoken to tabloid paper The Sun to reveal that the first headline act will potentially be the Stones, admitting that the festival head is “desperate” to sign up the veteran rockers. Should the band agree to perform at the festival, it will be the first time they have appeared at the historic meeting ground for music enthusiast and festival goers that has seen the likes of Radiohead, Beyonce, Jay Z, Bruce Springsteen, Stevie Wonder and the Arctic Monkeys headline in the past.

The Rolling Stones released the new single 'Doom and Gloom' yesterday (October 11), and are set to hit the road for the umpteenth time in the near future.