Who knew that it would be such a good match? 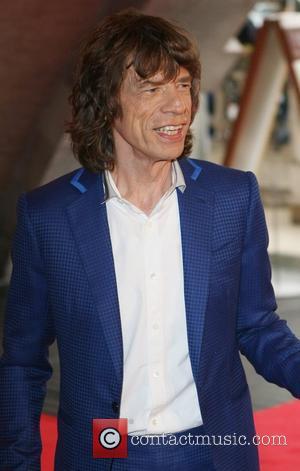 The Rolling Stones might have a few years on youngsters in the business these days, but they have no qualms about collaborating with new talent, as their recent performance, featuring Carrie Underwood, clearly shows. The Stones stopped by Toronto's Air Canada Centre last weekend and performed a gig off their 50th anniversary tour.

One of the biggest surprises of the night came as the band launched into an amped up rendition of “It’s Only Rock’n’Roll (But I Like It)” Just as Jagger was ripping through the second verse, Underwood, typically a country songstress, strutted up on stage and joined in, launching into a sing-off that must have been worth hearing live. Underwood even got her own moment to shine, with a brief solo right before Jagger joined back in. Then the audience even got treated to a bit of a visual show, when, during the lively instrumental provided by Keith Richards, Ronnie Wood and Charlie Watts, the two singers bust a move together. You’d think the younger Underwood would have the upper hand in that, but Mick definitely wasn’t letting up.

While Carrie Underwood’s appearance was a one time thing, the anniversary tour continues and the Stones will no doubt continue with the tradition of welcoming guest appearances from musicians old and new, which is, of course, part of the appeal of their gigs. The Stones have a few more stops from the American leg of their tour, before they return to perform a few gigs in London’s Hyde Park. You can check out more information on their American gigs below, courtesy of rocksquare.com. Everyone loved it, apparently.