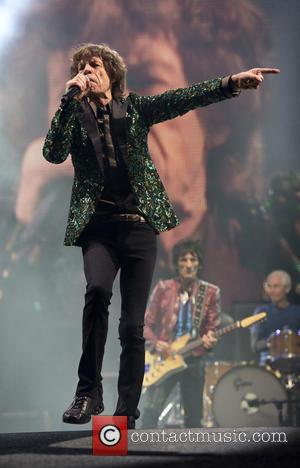 "The inevitable '(I Can't Get No) Satisfaction' finish the show, and it's hard to believe, as Keith Richards grins through his fag smoke, that they won't be back doing it all again soon," said Michael Hann of The Guardian. Bernadette McNulty of The Telegraph continued the praise, writing, "Armchair critics were most scathing about the decrepitude of the band's looks. But in the flesh Jagger's demented jerking or Keith Richards' snarling, arthritic lurch appeared strangely heroic." Keith Richards Performing With The Rolling Stones At The Glastonbury Festival

Forty-four years ago, hundreds of thousands turned up at Hyde Park to watch the Stones play for free - just days after the death of Brian Jones. Saturday's concert was more civilised, though the Stones' haven't lost an inch of the magic. Mick Jagger Wowed The Crowds At The Glastonbury Festival Ronnie Wood Performing With The Rolling Stones At Glastonbury Festival