Tickets for The Rolling Stones' concert at Hyde Park are now selling for thousands on Viagogo. 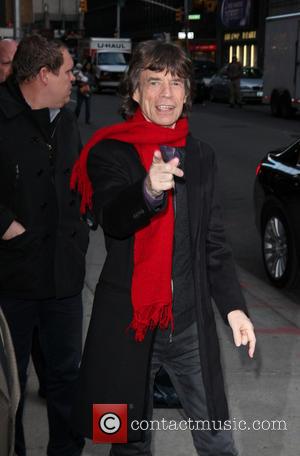 Tickets for The Rolling Stones' concert at Hyde Park this summer has sold out in just three minutes. According to The Telegraph, 65,000 tickets for show - part of Hyde Park's British Summer Times gigs - were completely sold out by 9.03am on Friday morning (April 5, 2013).

The Stones will play in London just days after they headline the Saturday night of the Glastonbury Festival on June 26. It's 44 years after the legendary rockers last played at Hyde Park in 1969, just two days after guitarist Brian Jones was found dead at his home in Hartford, East Sussex. As ever, the band were accused of exploiting fans with overpriced tickets and the cheapest for the Hyde Park show were £95.00. Many were priced at £299 while ticket marketplace Viagogo has already begun selling tickets for £1,097 each. A place in the coveted "Diamond Circle" area will cost you around 2,500.

"It seems like yesterday," guitarist Keith Richards told the BBC of the last time his group played Hyde Park, "It's going to be a great summer, man.All the gigs we haven't done or wanted to redo are popping up." At the original gig, Mick Jagger famously wore a white dress on stage and read a Percy Bysshe Shelley poem dedicated to Jones. Thousands of butterflies were released into the air.

The Stones have also announced a North American tour, beginning in May, though Jagger told the BBC that the band will be fully refreshed upon their return to England. "You gotta pace yourself.We have enough time before we come back to England, so we'll be well recovered."

The Rolling Stones will be supported at Hyde Park by The Vaccines, The Temper Trap and Gary Clark Jr. The gig takes place on July 6, 2013. The Rolling Stones At The BFI Film Festival For 'Crossfire Hurricane'