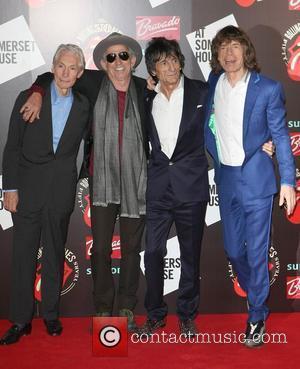 Until relatively recently you wouldn’t have reckoned that The Rolling Stones would be up for four nominations at the 2013 NME Awards (the N stands for ‘new’, lest we forget), but it appears that a handful of extortionately priced gigs have got the old rockers back on the map, as the long running publication revealed its contenders for this year’s bash.

The Rolling Stones are in with a chance in Best Live Band, Best Book, Music Moment Of The Year and Best Music Film. Giving the event even more of a time warp feel, they’ll be doing battle with David Bowie in the Music Moment Of The Year, after the Thin White Duke announced his comeback on his 66th birthday recently. Bowie is also up for Best Music Video and Hero Of The Year. Commenting on the nominations, Mick Jagger said "It's very nice to be nominated. When I first heard it was four things, I thought, 'Ooh, blimey! That's very nice!' And it’s not a journalists-only thing, it's not a coterie of closely-knit people choosing. It’s funny, because when we were rehearsing at Wembley Arena last year, it was where we used to do the NME Pollwinners. We remembered, it was the first time we ever played 'Jumping Jack Flash', at one of those Pollwinners concerts!"

More contemporary acts who are in with a chance of glory include Haim; the BBC Sound of 2013 winners are up for Best New Band, Best Track, Best Music Video and Best Twitter. Australians Tame Impala are also up for four nods: Best International Band, Best Album, Best Track and Best Music Video, whilst M.I.A is mysteriously in with a chance at four wins, despite just releasing one single since the 2012 awards. The full list can be found here.