Filmmakers Ron Howard And Tyler Perry Are Set To Be Honoured By The Directors Guild Of America Later This Year (15). 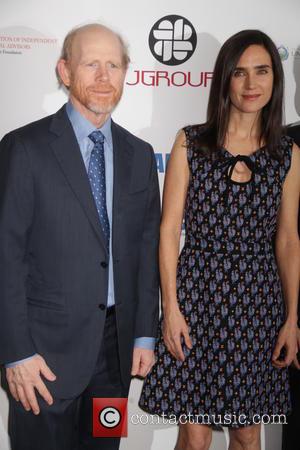 The directors will be among those feted for their careers at the DGA Honors ceremony on 15 October (15) in New York City, along with editor Thelma Schoonmaker, U.S. Senator Chuck Schumer and Teamsters Local 817 Union President Thomas J. O'Donnell, according to Variety.com.

DGA president Paris Barclay says, "From an influential DGA and Academy Award-winning master filmmaker like Ron Howard, to a multihyphenate entertainment powerhouse and Atlanta business leader like Tyler Perry, to a renowned legislator and advocate for production incentives and job creation like Senator Chuck Schumer, DGA Honors recognises both the visionary artists who create media as well as leaders in government and beyond.

"Our creative work is enriched by invaluable contributions of such craft masters as Thelma Schoonmaker, a trailblazing light in film editing, and labor leaders like Thomas J. O'Donnell, the president of Teamsters Local 817, who represents the fine professional crews that make up the beating heart of each production."