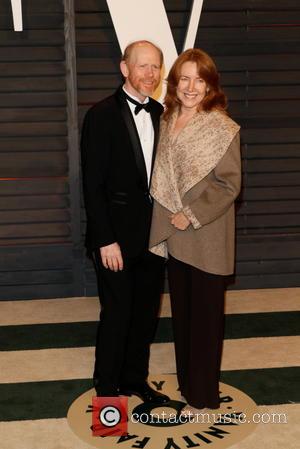 Picture: Ron Howard and Cheryl Howard - A host of stars were photographed as they attended the Vanity Fair Oscar Party which was held at the...

A group of Sudanese refugees now living in America have filed a groundbreaking lawsuit against Ron Howard, Brian Glazer and the other producers of Reese Witherspoon's 2014 movie The Good Lie, accusing them of breaching an agreement to swell the coffers of a foundation they run with money from the film.

The 54 survivors of genocide, who shared their traumatic personal stories with the film's writers to help them create backgrounds for the leading characters, claim they were promised funds associated with The Good Lie for a non-profit foundation they created.

In the lawsuit, obtained by The Hollywood Reporter, they claim they have videotaped evidence of the promises the producers gave them before the film was released in America in October (14).

Their complaint dates back to 2002, when six of the 54 refugees were hired to work on Bruce Willis' movie Tears of the Sun. They claim they met with Bobby Newmyer, a film producer, shortly after the film wrapped and shared their life stories with him, prompting the executive to suggest they work together on another film. But shortly after the project got underway, during plot discussions in Atlanta, Georgia with screenwriter Margaret Nagle, some of the refugees said they wouldn't co-operate without reaching an agreement on compensation.

A deal was allegedly made but when the rights to the film that became The Good Lie were sold to Paramount Pictures and filming began in 2013, the plaintiffs claim the agreement was lost, leading to a meeting between representatives of the refugees and the new producers. The film came out without a firm contract in place.

The plaintiffs are now claiming breach of the joint venture agreement, breach of fiduciary duty, conversion of plaintiffs' ideas and breach of the covenant of good faith among other complaints.

They allege the interviews they gave to Nagle as she wrote the original screenplay possess the "modicum of creativity" necessary for being copyrighted, and therefore they deserve a cut of the film's cash as they collaborated with the writer.