Director Ron Howard wasn't keen for his children to pursue acting careers, but once his daughters Bryce Dallas Howard and Paige Carlyle Howard decided to follow his career path he supported them fully. 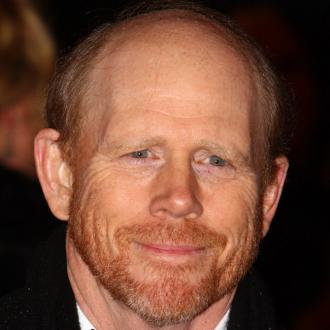 The actor-turned-director - famous for his role as teenager Richie Cunningham in the iconic sitcom 'Happy Days' - admitted he and his wife Cheryl moved their four children, daughter Bryce Dallas Howard, twins Jocelyn Carlyle Howard and Paige Carlyle Howard and son Reed Cross Howard away from Los Angeles so they wouldn't be lured into Hollywood.

During an appearance on UK talk show 'Lorraine': ''I'm not so crazy about them getting into the industry to be honest. It's tough, particularly for women. We even moved our kids out of Los Angeles and raised them East outside of New York City, because we just didn't want them exposed to it.''

The 59-year-old filmmaker wasn't able to keep all of his daughters out of the movie business with Bryce launching an acting career - appearing in several films, including 'The Twilight Saga: Eclipse' and 'The Village' - while Paige went onto win Best Supporting Actress at the 2013 Los Angeles Movie Awards for her role in 'The Employer'.

Ron added: ''Two of our family are into it for all the right reasons, both Bryce and Paige because they really love it and Jocelyn and Reed are pursuing other things.''

Despite the phenomenal success he has achieved throughout his career, the 'Rush' director insists his greatest achievement has been his 38-year marriage to Cheryl.

He said: ''For me to discover Cheryl when I did and for us to grow together through raising our kids the way we did and through working, it is a tremendous blessing.''