He writes an essay defending his sister and shaming reporters for their handling of the allegations.

Well, this has been quite the awkward start to the 2016 Cannes Film Festival. With Woody Allen's new film 'Cafe Society' opening the event and critics praising the movie, his adoptive son Ronan Farrow has used his father's spotlight to slam the media for not taking sexual abuse allegations made by daughter Dylan Farrow seriously. 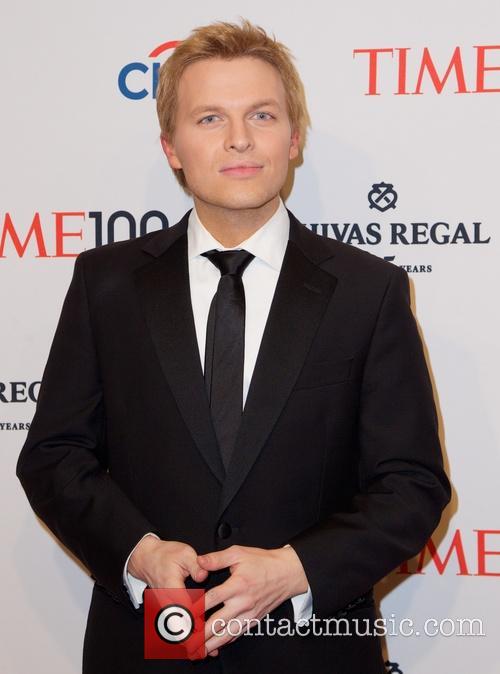 Ronan Farrow speaks out about woody Allen and the press

Indeed, the scandal has barely been mentioned over the past couple of weeks leading up to Cannes. Mostly because Allen is a very powerful man and no charges were ever brought against him. However, last week, The Hollywood Reporter interviewed Allen in a piece that does mention the allegations, but only as a brief contextual sidenote. Ronan Farrow was not happy with the way the subject was treated, and the inaccurate way it was protrayed (THR said that accusations were 'dropped by police' before changing it to 'not pursued') and so he used the publication to later release an account of his own thoughts on how Allen is being treated in the media.

Activist Ronan Farrow appears to be texting on his iPhone as he attends a press conference for the female punk band Pussy Riot. One photographer asks if he can ask Ronan about the situation with his sisters, but he politely declines. 'Sorry, we're just here for Pussy Riot. Thanks!' He replies as he is ushered away by an assistant. Could Ronan Farrow be the son of Frank Sinatra?

The Rosemary's Baby star Mia Farrow has hinted that her son Ronan, apparently with Woody Allen, may actually be the son of her ex-husband Frank Sinatra. The actress was married to the legendary singer from 1966 to 1968 though their relationship continued sporadically, including during her early years with director Allen.

Woody Allen Has Re-Established His Reputation Over The Past Decade

In a new interview with Vanity Fair's special correspondent Maureen Orth, Farrow hinted that it's entirely possible that Sinatra is the biological father of Ronan, now 25. When directly asked whether this was the case, Farrow said "Possibly," adding, "We never really split up."