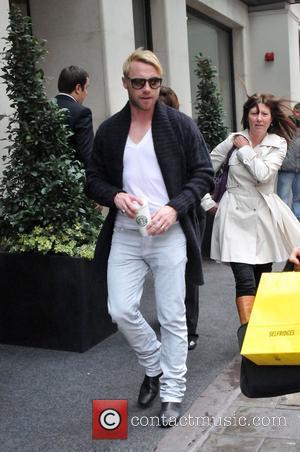 Ronan Keating has postponed plans to promote his latest solo album to allow himself time to mourn his late Boyzone bandmate Stephen Gately.
The Irish singer jetted to Majorca, Spain with his fellow bandmembers after hearing of Gately's sudden passing at his home on the island earlier this month (Oct09).
He returned to the resort days later to escort the star's body back to his native Dublin, and acted as a pallbearer at Gately's funeral on Saturday (17Oct09).
After the emotional goodbye to the man he branded his "brother", Keating has decided to scrap any promo work for new record Winter Songs until he feels ready to face the public.
A source tells Britain's Daily Star, "Ronan has gone away for a few days to get his head together following Stephen's funeral."
And the Daily Mirror reports Keating has travelled to Los Angeles to "make some sense" of Gately's death.
Keating's new album is set for a 16 November (09) release.