Keating: 'I Didn't Split Up Boyzone' 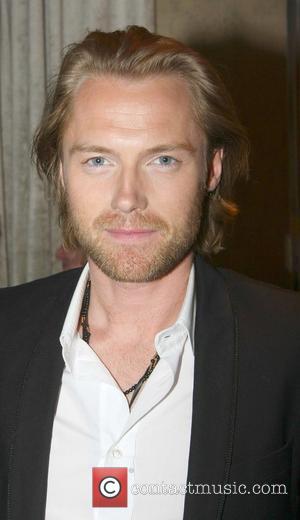 Picture: Ronan Keating The launch of the Maize Grill at the Marriott Grosvenor Square London, England - 09.04.08

Irish pop star Ronan Keating has dismissed rumours he was behind the split of newly-reformed band Boyzone - insisting it was the whole group's decision to quit the band. The 31-year-old, who had an international hit with When You Say Nothing At All from Notting Hill movie soundtrack, is sick of people blaming him for the split in 1999, and wants to put the tales behind him as the band reunite for a second shot at stardom this year (08). Keating shot to fame in 1993 with Boyzone - alongside Stephen Gately, Mikey Graham, Shane Lynch and Keith Duffy - selling 15 million records worldwide, including six number one singles in Europe and Asia. But the Life is a Rollercoaster hitmaker admits he wasn't too upset when the group disbanded - because he loved the huge success he enjoyed as a solo artist. He tells U.K. magazine Hello!, "A lot of people felt I was the reason Boyzone broke up. But it was the five of that decided Boyzone was taking a break. "Yes, I led the break-up, but I fully intended to come back; we all did. "And then my career took off. I wasn't expecting it to be like that. It went crazy for me and it was an amazing time - I was riding the crest of a wave and I couldn't drop it.