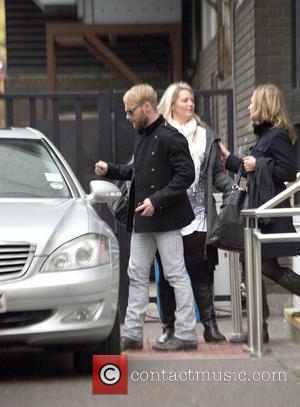 Ronan Keating is still struggling to sleep following the untimely death of his Boyzone bandmate Stephen Gately, branding the tragedy worse than the passing of his own mother.
The singer has been suffering crippling panic attacks since his best friend passed away from natural causes last month (Oct09) at the age of 33.
And now, more than five weeks after Gately's death, Keating is still finding it hard to sleep at night and is constantly exhausted from his grief.
He says, "I feel wrecked. I haven't slept at all in the last few weeks, I'm worn out and anxious. I have never suffered from insomnia in my life and now I can't sleep. I just lie there, staring at the ceiling.
"I don't think I will ever get over this. I miss him every day. I've never cried so much in my life. All I wanted to do is crawl into a ball. I've got no tears left. I'm totally drained of all emotion. I am numb."
And the death of his closest pal has affected Keating more severely than the passing of his mum Marie in 1998. He adds: "I've never known anything like this, not even the death of my own mother."