Ronan Keating has admitted to having therapy and reading self-help books following his split from wife Yvonne Connolly after having an affair. 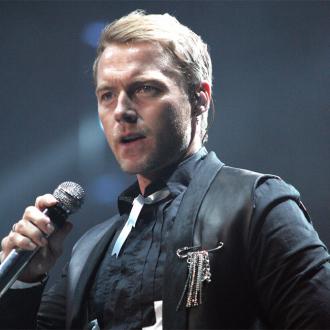 Ronan Keating used therapy and self-help books after he split from Yvonne Connolly.

The Boyzone star admits he was in a bad place when he ended his marriage in 2011, following his affair with dancer Francine Cornell, and was haunted by how much he had hurt his family.

He told Closer magazine: ''I'm back in a good head space, which is great because it gets scary when you lose it. I don't want to make mistakes like I've made again, so I'm very cautious. But therapy, reading books like 'The Power of Now' and work have really helped me live in the present.

''I'm very comfortable in my skin and that's a nice place to be. When you've made big mistakes [and] then realise, 'What the f**k was I doing?', there is a lot of self-loathing for the hurt you've caused.''

The 36-year-old singer is father to 14-year-old Jack, 12-year-old Missy and Ali, eight, who he had with his former spouse and insists the children are their priority.

Ronan added: ''The most important thing is that the kids are happy. That's what we both work at.''

The singer is currently based in Sydney, Australia, where he is on the judging panel of the Australian version of 'X Factor' and he finds it difficult being away from the kids, who are based in the UK.

Ronan said: ''The hardest part is being away from the kids. But they come over during the school holidays and I get back when I can, too. That's kind of how we make it work - plus we Skype chat and text all the time.''