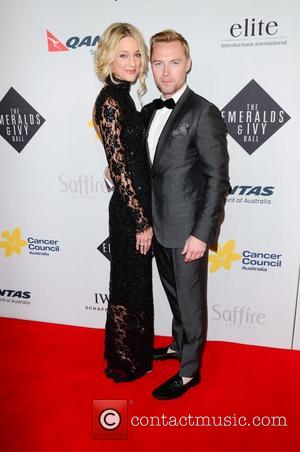 Irish singer Ronan Keating regrets heading out on tour with Boyzone in 2011 because the shows were overshadowed by their grief over the death of bandmate Stephen Gately.

Gately died aged 33 in 2009 at his home in Majorca, Spain, and the surviving members of Boyzone hit the road for their first tour as a four-piece in February, 2011, but Keating now admits the trek was a mistake.

He tells Britain's The Sun, "It was a weird time, that Brother tour in 2011. I wish we hadn't done it, to be honest. It was my most emotional and the most difficult thing I've ever done in terms of work."

Keith Duffy, who previously revealed he sought counselling to help him cope with his pal's untimely death, adds, "It was a painful tour. By the time we came out the other end of it, we were all in a really dark place."

The band has since bounced back and is heading out on a new U.K. tour to promote their latest album later this month (Nov13).