Boyzone singer Ronan Keating has revealed he recently auditioned for a role in upcoming fantasy movie 'The Hobbit'. 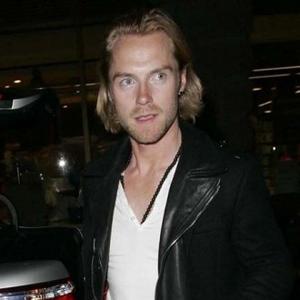 Ronan Keating wants to be a hobbit.

The Boyzone singer auditioned for a role in upcoming fantasy movie 'The Hobbit' - based on the J. R. R. Tolkien novel of the same name, a prequel to the 'Lord Of The Rings' trilogy - and is still waiting to hear back.

He said: "I don't think I'll get the role of the hobbit. But I would like to take on roles which nobody would expect. I don't want to be reduced to love stories. I'd like to try dark, edgy roles. I need a challenge."

Ronan - who has three children, Jack, 11, Marie, nine, and four-year-old Ali, with his model wife Yvonne - is even considering leaving his native Ireland to live in Los Angeles to pursue his big screen dream.

He added: "If it goes well with the movies we might be there more often. So far I planned to go there for holidays with my family in summer. But we return in September and the kids go back to school in Ireland. But we'll see."

Although he is ambitious to break into acting, Ronan has no plans to quit music and is loving working with Boyzone again, who were rocked last October when member Stephen Gately died suddenly.

Ronan told website freundin.de: "My future definitely lies in the music business. I will continue to work as a solo artist. But I'm now in a situation where I can take a break from my solo career. I don't want to eliminate that possibility but currently Boyzone is my priority. I just love to work with the guys."