Ronda Rousey has blasted Justin Bieber for ''snubbing'' her and her little sister Julie at the Cannes Film Festival. 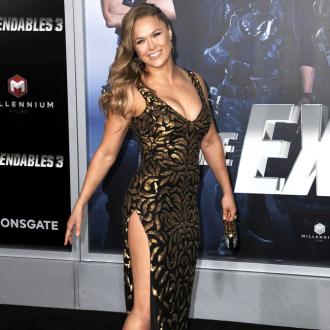 Ronda Rousey has blasted Justin Bieber for being really rude to her little sister.

The undefeated UFC fighter bumped into the 'What Do You Mean' hitmaker at Cannes Film festival in France earlier this year and claims he refused to take a photograph with her younger sister Julie.

''Justin Bieber was taking some pictures with some ladies and she suddenly got really excited and was like, 'Do you think he'd want to take a picture with me?' I was like, 'Sure Julie, don't worry about it, everyone's taking pictures today. Don't feel bad, that's why everybody's here ... look at him, he's a sweetheart.'

''I walked over there and said, 'Excuse me,' he turned and goes, 'I've already taken a billion pictures today, OK.' I said, 'Yeah but' -- because my sister is the only 16-year-old girl at the whole party -- I only got, 'Yeah but' out before he goes, 'A billion' and walks off and totally snubs my little sister.''

The whole meeting left Ronda and Julie feeling disheartened, with the 'Furious 7' actress insisting neither them are ''Beliebers'' anymore.

She added to Cosmopolitan magazine: ''She looks at me and she's on the verge of tears and she goes, 'I'm no longer a Belieber.'