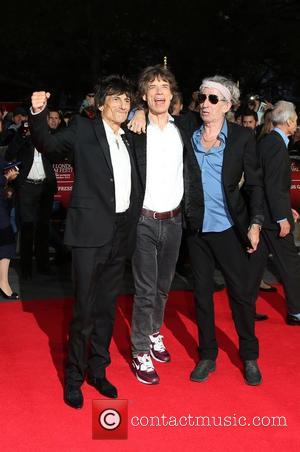 Ronnie Wood has justified The Rolling Stones' decision to charge sky-high prices for their concert tickets by insisting the band is spending a fortune on the 50th anniversary shows.

The (I Can't Get No) Satisfaction hitmakers have been criticised for the cost of tickets to see one of their four gigs in London and the U.S., with fans forking out hundreds of dollars.

But Wood has defended the band's right to recoup its expenditure, telling The Sunday Times Magazine, "We're spending millions on the stage and we've already spent a fortune in Paris... I mean, we want to make some money.

"I would pay, because you don't know when we're going to do it again, and it's something important for music and for people's good will. With all the wars going on and the rotten weather and all that, you want to be cheered up. Music does that, and a gathering of people giving a good vibe."

The veteran rockers will perform two shows in London next month (Oct12) followed by two in Newark, New Jersey in December (12). They warmed up with a small gig in Paris, France last week (ends28Oct12).