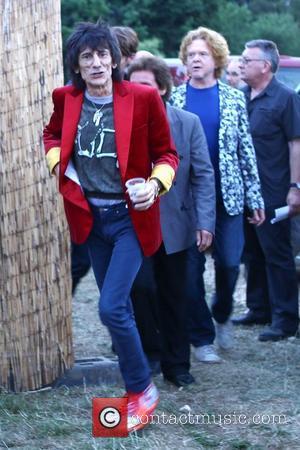 Ronnie Wood's broadcasting career is going from strength to strength after the rocker won two top radio awards on Wednesday night (06Jul11).
The Rolling Stones star's show on Britain's Absolute Classic Rock radio station has become a hit among listeners and critics alike, and in May (11) he scooped the Music Radio Personality of the Year nod at the Sony Radio Academy Awards.
Wood continued his winning streak on Wednesday and landed the Specialist Programme of the Year trophy and the coveted Newcomer Of The Year prize at London's Arqiva Commercial Radio awards.
British pop band Take That also received a nod at the ceremony - they took home the Ppl (Phonographic Performance Limited) award for Most Played U.K. Artist.